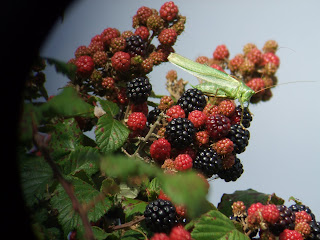 The Group met at the traditional spot, the old lighthouse, on a cool but sunny day. Lapland buntings had been reported in the area,and though we are not a group of twitchers, it seemed a shame not to see them if we could. Indeed Bob had seen 3 birds only a few days before. Roy led us onto the beach and we scanned the shingle for signs of life. After only a short while the bird was spotted near some parked cars. Though not a striking bird, there was no doubt that this was a Lapland bunting. We were all very pleased.

At the lighthouse, a family (?) of 5/6 willow-chiffs were flitting in and out of the bushes. Other migrants included wheatear and house martins. At the patch a number of black terns were flying along with a Sandwich tern and many black-headed gulls. A skua, thought to be Arctic, flew past in the far distance. We went to the RSPB Reserve for lunch, & afterwards followed the trail to Denge Marsh hide. The pools had the usual ducks around the islands but a curlew sandpiper was also spotted. Along the route some of us heard the loud chirping of the Great Green Bush cricket. Before long Sam had spotted it high up on a blackberry bush. It was a calling male. The photo attached was taken by Sam.  As we continued our walk more calling crickets were heard. There must have been at least half a dozen in action, the bramble creating warm, sunny shelter for them. Sadly the purple heron, glossy ibis, cattle egret & great white egret had gone, we look forward to seeing them again next year…..

Thanks to Roy for leading the walk.