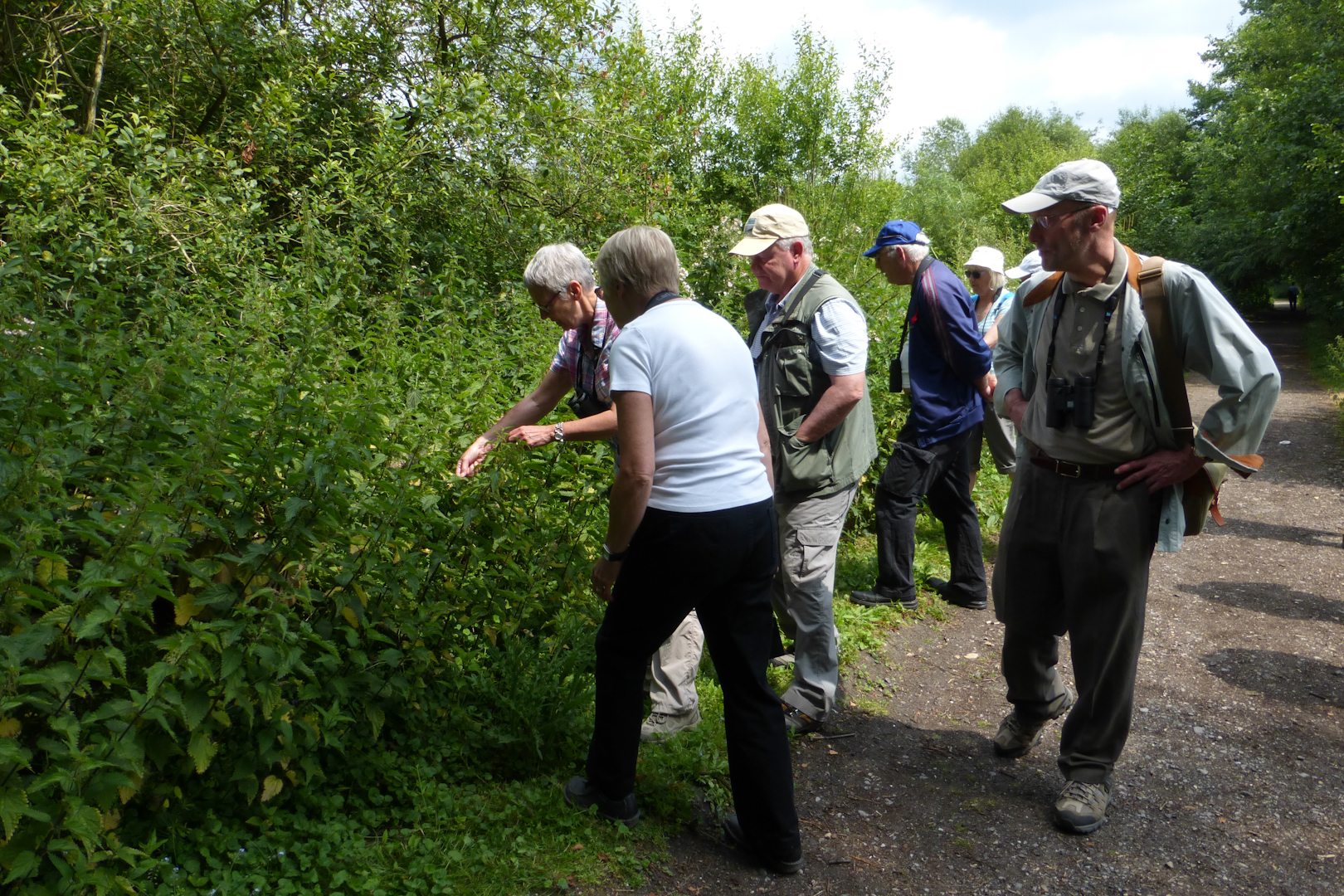 Sevenoaks  Wildlife Reserve was the venue for our Tuesday walk this month and although the traffic was quite bad, 14 of us met up near the tea bar.   Whilst some watched a kingfisher from the nearby hide, others enjoyed a relaxing cup of tea whilst listening to chiffchaff, robin, blackbird and blackcap (amongst others).   Just a few minutes behind schedule we set off to see what delights we could find.

The group in the field

Our first scan of the nearest lake gave us tufted duck, great crested grebe and large numbers of both canada geese and greylag geese [Sally counted at least 250 greylag during our visit].   A few cormorant were drying their feathers, wings outstretched in the sunshine.   We continued through the woodland walk along the side of the lake, and it soon became clear that we were in for a wildflower and insect day, with the birds taking a rather shy approach.   Perhaps they are busy with young, or perhaps some are moulting – but we had a great time trying to spot families of blue and great tit.   Chaffinch, chiffchaff and song thrush were singing most of the day, and blackbird alarmed as we continued along the paths.

The flowers were in abundance, with forget-me-not, green alkanet, red campion, common centuary and herb robert being the first few I managed to identify.   There were some stunning common spotted orchid in the area being managed specifically for the family. 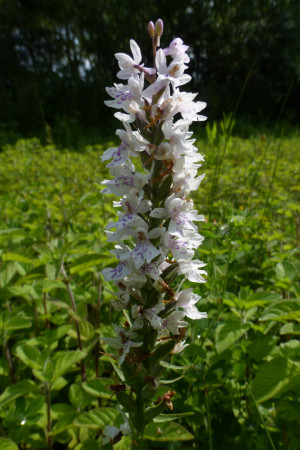 As we continued towards the Willow Hide we found more young families, blue tits and blackcaps were  issuing a similar contact  note which maintained a level of confusion.   At one point on the old tree stump previously used by treecreeper we had blue and great tit, chaffinch and a great spotted woodpecker feeding on an insect hoard they had discovered.   From the hide we found coot on a nest, great crested grebe with a stripey “humbug” fledgling, a flotilla of egyptian geese, and most interesting for some a mute swan with three cygnets.   Two of the young swans were pure white – and are known as Polish Swans.   They were given this name when they were imported to London in the 1800’s from the Polish coast on the Baltic sea.   A pigment deficiency causes the whiteness.   The third juvenile had some of the usual coloured feathers.

Butterflies were not to be left out today, with meadow brown, red admiral, and small tortoiseshell.   Small magpie moth and nettle tap moth (a constant at Sevenoaks) were also noted.   Odonata was our next target as we neared the River Darent and the small lakes it feeds.   Malcolm soon found several of the stunning banded demoiselle, red-eyed damselfly, emperor dragonfly, common blue damselfly and brown hawker.    The latter continued to “hawk” around us as we inspected a large area of meadowsweet – of particular interest as it apparently has a gall on it!   Sadly we didn’t see the gall, but we did find this . . 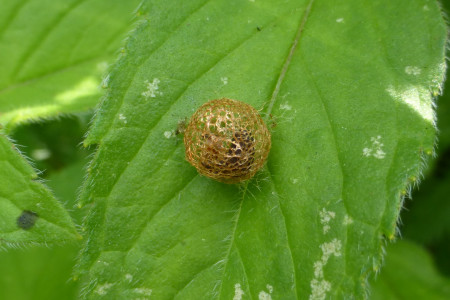 . . . .  haven’t got a clue what it is but there were several of them attached to leaves and when I get the answer I’ll let you know!

We moved on towards the far west of the site were some were lucky enough to hear garden warbler, whilst others found treecreeper, woodpigeon, and a very young (late) lamb.    On the return walk we managed to identify hedge woundwort, selfheal and scarlet pimpernel.      On a bed of stinging nettles Malcolm spotted the pupae and larvae of harlequin ladybirds.   There were large numbers on the nettles and the more we looked the more we found.   Some of the larvae were eating pupae cases.    Irene also found a plain red ladybird, which has yet to develop the spots. 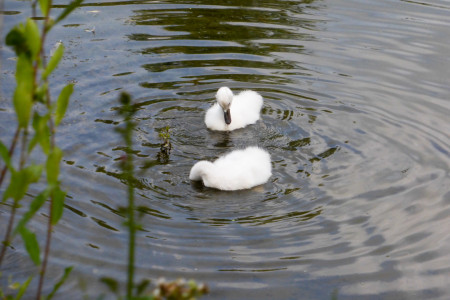 The highlight of the day or me was watching a young blackcap family as they flew around us, the adults keeping in constant contact with their young, and with increasing agitation on their behalf as they ended up on one side of the path, their offspring on the other, and us between them!    We couldn’t end our visit without a quick look from the hide on East Lake.   Pochard, mallard (some in moult), teal, grey heron, common sandpiper, little ringed plover and pied wagtail were added to the day’s list.   Having mentioned that we had only seen a black-headed gull, a lesser black-backed and a herring gull flew over.   A distinct lack of swallows, swifts or martins was also noted from the day.

Thanks to all who attended and brought their varying knowledge to the day, but especially to Malcolm and Sally for another brilliant walk.

One Response to “Sevenoaks”