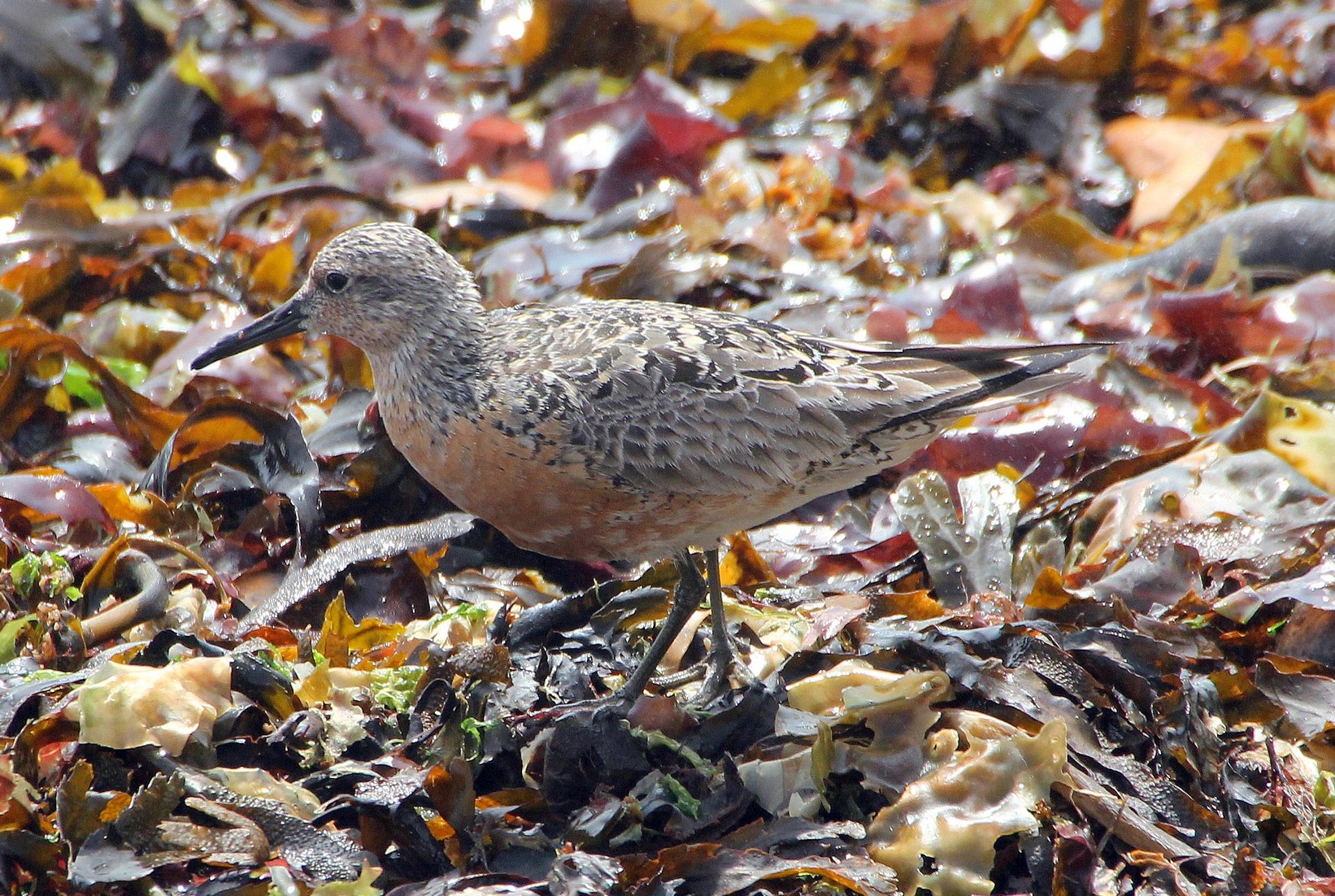 In spite of some difficulties with traffic, 13 members arrived at Samphire Hoe near Dover on a bright, sunny and breezy day, for a walk led by Neville. 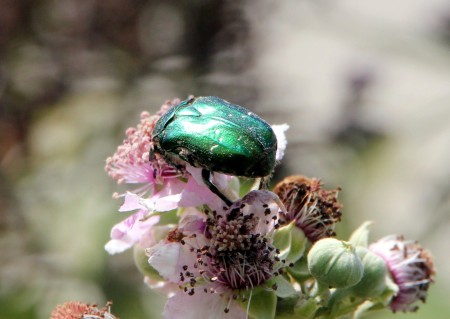 Heading east along the sea wall, covered in, most noticeably, Rock Sea-lavender, butterfly counting started almost immediately with Marbled Whites being one species seen. While the group was spread about Neville spotted a Peregrine with his scope. Sitting on a chalk rock on the cliff face it stayed long enough for everyone to see. House Martins were swooping overhead and occasionally returning to a nest on the cliff that was well past its use-by date. Black Redstarts kept our interest for some time. One was seen taking food into the nest and tumbling back out again with a faecal sac which it deposited on a bramble twig.

Then a slow walk back for lunch and a lesson on grape distribution! Once refreshed, we headed west. On the path next to the railway line a Rose Chafer Beetle was spotted on a bramble. Quite wonderful in the sun. Further along several pairs of Six-spot Burnets were ‘together’ on the grass stems and weren’t at all distracted by our close inspection.

The possible highlight of the day was the wader spotted on the shingle beach at the water’s edge. Books came out and much debate ensued. The conclusion was – a Knot!  [See video of the knot. Almost as good as being there] The walk back along the mid path showed us a Hobby, seen to catch prey in flight. Then Mediterranean Gulls were seen in the Channel. Many thanks to the group members who patiently described them and where they could be seen. Finally, there was Sue’s seal.
An excellent trip with some special sightings and good weather as a bonus.

Thanks to Neville for leading, Anne for the report, Terry for the photographs and Sally for the Knot video. What were the traffic “difficulties”. Operation Stack motorway madness. Watch Sue’s video here

One Response to “Samphire Hoe”