On a sunny, but blustery day, eleven of us met in the car park and saw three common buzzards quartering over the West flood. A second look found a male marsh harrier in the same area – not a bad start to the day. 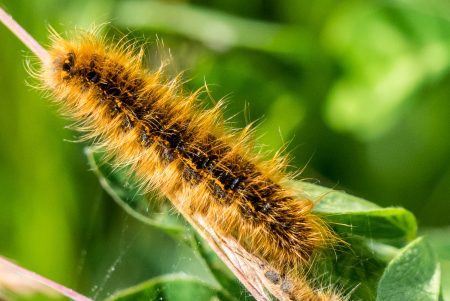 We decided to head towards Dan’s dock and walking along the path, we were serenaded by reed and Cettis warblers. Malcolm found a Hog’s Fennel plant which is quite rare in the area apparently and right next to it, a Ground Lackey caterpillar had shed its skin. A skylark sang overhead whilst coot, lapwing, mallard and reed bunting were spotted. Good views of a sedge warbler and bearded tits were had, with painted lady’s dashing along on the breeze.  John was scanning the area through his telescope, when he called out turtle 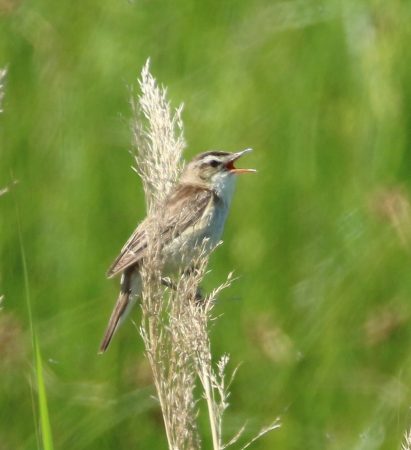 dove!  Good views were had by all!

Grey heron, little egret, linnet, rook, pied wagtail, oystercatcher and a lovely singing whitethroat were added to the list before we headed back for lunch.

A riverside walk was called for and gave us avocet, starling, meadow pipit, kestrel and linnets. The usual array of gulls were sited from the sea wall hide, along with a Mediterranean and a common 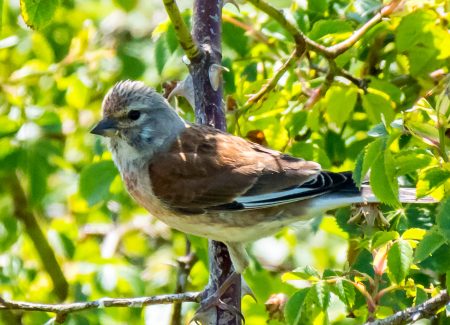 tern. By the sluice gate, sand martin, swift and swallow flew around, whilst galls and more butterflies were noted.

In the East flood hide, we watched as a marsh harrier passed over and sent the black-tailed godwits flying – their colours resplendent in the afternoon sunshine.

A stop on the roadside verge gave us even closer views of the black-tailed godwits, mainly hunkered down in the breeze. Gadwall, tufted duck, shoveler, wigeon and mute swan were 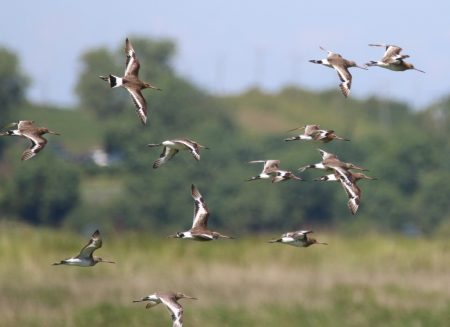 In total, 42 species were seen and many thanks to everyone that attended.

As the trip ended early, a few of us visited the Gunpowder works and added jay, chaffinch, song thrush, magpie, nuthatch, blackbird, robin and great tit to our list.

Thanks to Steve and Chris for the photos.