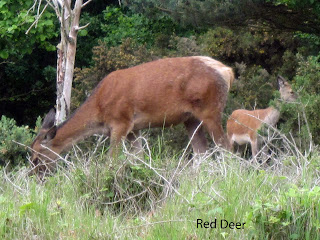 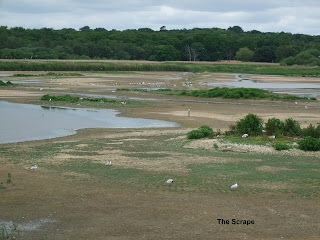 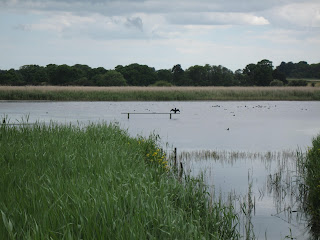 What a fantastic day out!   After a week of wet and chilly weather, we were met with sunny blue skies and a sea breeze as a coach full of expectant bird watchers descended on this flagship RSPB reserve.
Once we had been booked in with map, ticket and latest sightings’ sheet in hand, we were keen to get on with the main purpose of the day.
The sand martins put on a great show just behind the visitor centre, and it was great to see the colony so active.   The ponds nearby had several dragonflies darting about.  Two ladies spotted a cetti’s warbler in a nearby blackthorn bush.
The scrapes were busy with lots of young gulls and ducklings being fed, whilst avocet, redshank, black-tailed godwit, ringed plover, and little stint joined the activity.   Common and sandwich tern had taken over several of the islands, and a couple of the group saw little tern.
Four spoonbill and a bittern were seen flying across the reedbed in front of the aptly named Bittern hide, swift and hobby were feeding, and the whole group had great views of marsh harriers.
Everyone has their own preferred route around Minsmere and we managed to cover almost every square inch between us – some went up to Dunwich Heath and saw Dartford Warbler and Stonechat – as a result 77 species were seen by the group during the day – a marvelous day’s birding.
Other sightings: Red deer, broad bodied chaser, speckled wood, red admiral.
Many thanks to Sally for arranging the trip, negotiating with the locals of Westleton to move cars, and Malcolm for sweet talking the lady at Tesco’s . . . and all those who attended for their patience.
YTD Group total 137 bird species.