Our last Tuesday walk, led by Malcolm and Sally, was to Chafford Gorges Nature Reserve – run by the Essex Wildlife Trust.    We did a recce of the area earlier in the year and had a rather damp day, so we hoped for better on this occasion.    As a former chalk quarry, the meadow areas are incredibly diverse, and the lakes and woodland provide important habitats for a wide range of animals and birds. 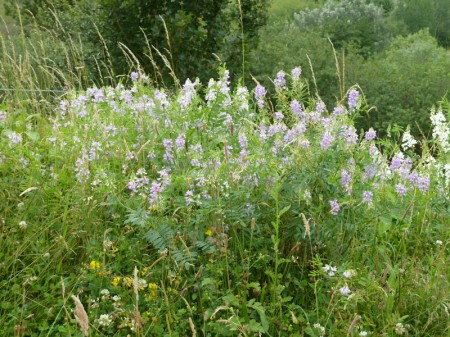 The site is made up of four main areas, and today Malcolm and Sally were guiding us around Warren Gorge, the area near the visitor centre.    We were met with a scene of masses of Goat’s-Rue covering both the base of the reclaimed pit and the banks around the side of it.    An species originally native of the middle east it has spread widely across Europe.    We were advised that the sap caused upset stomachs, but on doing some research on the internet, apparently it has been used to stimulate the production of milk in cattle and is also used as a herbal treatment to help stimulate the adrenal glands as a diuretic and to help some diabetics.

As Andrew, the warden explained the history of the reserve, hundreds of house martins were feeding in the gorge, taking advantage of the shelter from the breeze where presumably they could find a higher concentration of insects to feed on.    Collared dove, blue tit, mute swan, greylag geese, canada geese, coot, great crested grebe, cormorant and mallard were our first few birds. 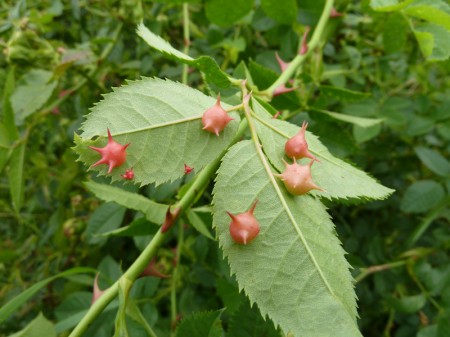 In the meadows we found purple loosestrife, birds-foot trefoil, docks, and several butterflies, although every time we decided to do a 15 minute count they all disappeared – still all the data helps.    Ringlet, meadow brown, holly blue and red admiral were those I spotted.    We also saw brown hawker, black-tailed skimmer, and emperor dragonfly, with a hobby deciding to join in occasionally. 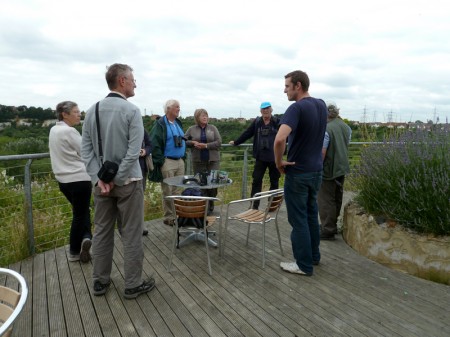 The warden explaining the background to the Reserve

Swallow and sand martin were in with the house martin, but it took a while to get everyone on to them.    In the more wooded area we found whitethroat, blackcap, greenfinch, magpie, two great spotted woodpecker, robin, kestrel, sparrowhawk, grey heron, song thrush and a pheasant.

We took our time carrying out a circuit of the gorge, and ended up back at the visitor centre in time for lunch.    Their homemade sponge cake was scrummy.

Thanks to all those who attended, your spotting of all types of flora and fauna was excellent, and special thanks to Malcolm and Sally once again for imparting their knowledge and expertise.