Over the last two weeks Irene, Terry and myself have been privileged to see some wonderful sights on our weekly outings. Last week we were at Reculver and saw three male and two female cuckoo.   Four of the birds were chasing around from the sea wall to the brambles on the marshes.   We watched as they enjoyed the newly hatched caterpillars – excellent food for a newly arrived migrant.

A juvenile grey heron rested on the edge of a ditch with two adults – presumably the parents – and we have seen far more grey heron around in the last few weeks, a sure sign that their young need less attention and the adults can get on with life away from the nest.

Alexanders, Smyrnium olusatrum are the first umbellifer to flower in the spring and are apparently an excellent food source, tasting like asparagus.

This week we set off for Oare and were treated to excellent views of no less than eight common buzzard circling over Harty.   A beautiful male Wheatear landed in a bramble and then flew down to the pastures where the Konik ponies were to feed on any insects it could find.    Sedge and reed warblers confused us with their song, and the sighting of the day for me was a superb hobby.   Flashing past us several times as we sat in a hide, it showed how well it could carry out its acrobatics in the strong wind, before settling in a nearby tree. 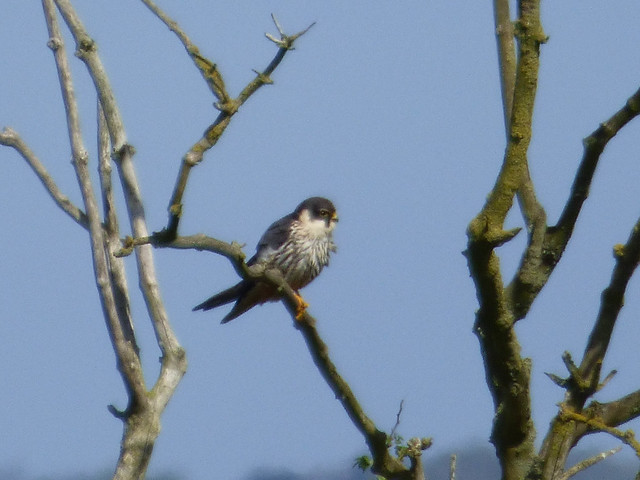 Bearded tit, reed bunting, linnet and a huge flock of black-tailed godwit with a good number of migrating knot were delights that added to our enjoyment. 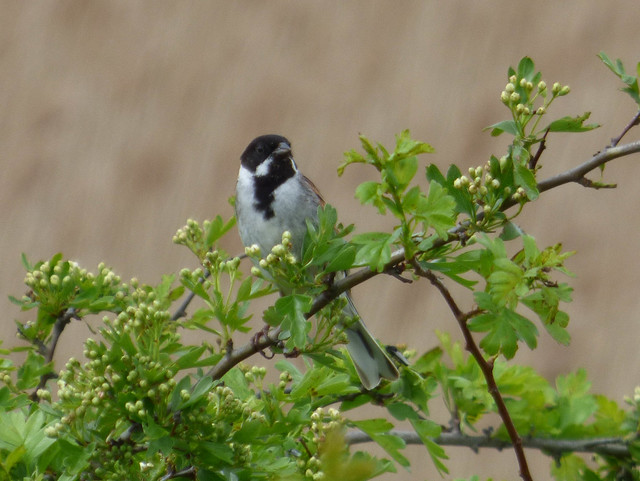 Greylag geese had young, and all around we had bird song, with Cetti’s warbler, skylark, meadow pipit joining in the joy of a sunny spring day.

Spring is a great time to go out and see our wildlife performing at its best, even in my garden orange tip butterfly and green-veined white vie for my attention with the dunnock, blackbird, robin, great tit and blue tit – whilst the local sparrowhawk is the only thing that magpies show respect for.