With rain forecast I was a little apprehensive about leading the group trip to Sevenoaks today, but it was not the rain that would cause an issue.   The quietness of the birds and the blustery wind did much to hinder us in our quest.

However, a dozen of us met in the car park and started off with swallow and house martin, quickly followed by a large group of blue tit and several great tit.   From the viewpoint by the lake we could see large numbers of canada and greylag geese, tufted duck, several cormorant and an egyptian goose – we later found eight more of these non-native geese.   Black-headed gulls rested as carrion crow and jackdaw joined moorhen feeding on the edges of the islands.

Further around the woodland walk we found a mixed flock of blue, great tit and long-tailed tit – they were calling constantly, keeping in touch with each other as they moved through the trees.   At one stage a squirrel appeared and spooked the birds. 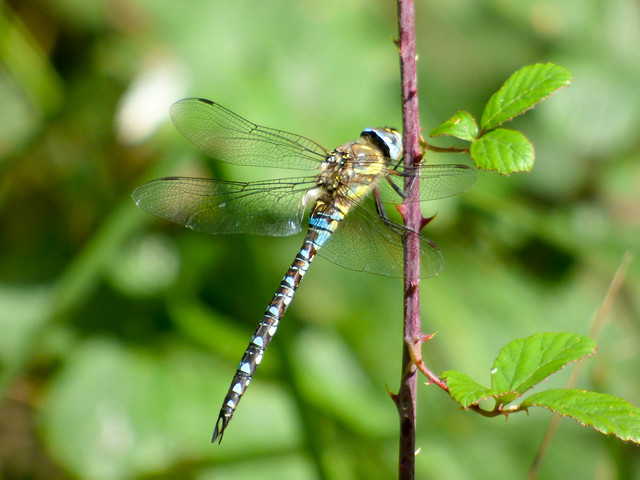 Towards the open fields a chiffchaff started to sing, lovely to hear at this time of year.   As the sun came out several robin started their autumn song – not quite as strong or tuneful as the spring song but unmistakable.    Across the fields, and amongst the sheep we managed to find several stock dove, jackdaw and carrion crow.   Three very distant buzzard were spotted by Sue G.   Terry L found a young grass snake, whilst others watched the migrant hawkers and red-eyed damselflies – anyone got a photo so Malcolm can confirm identification?

Soon it was time for lunch, so we returned to the visitor centre and the busy picnic area.

Suitably refreshed we were off again to try our luck around the largest lake.  From the hide there were many duck and geese, along with the previous species noted.    We could see six pied wagtail along with lapwing, coot and moorhen.   Bird of the afternoon was kingfisher – we had two birds give excellent fly-pasts which gave us great opportunities to follow their dart-like flight. 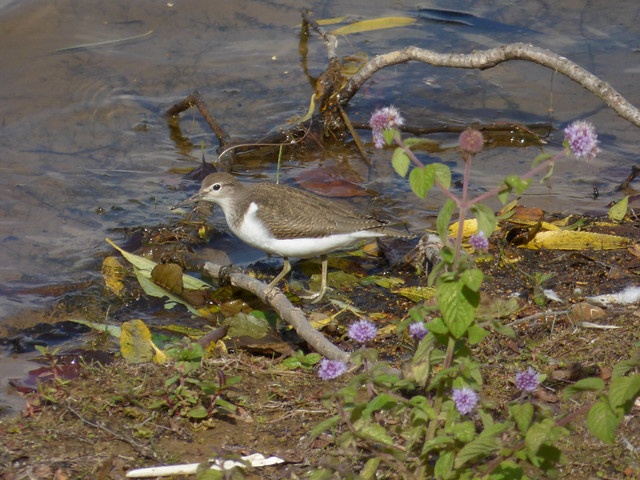 At the tower hide we added common sandpiper which was an excellent end to the day.

With thanks to all those who attended.   Look forward to seeing you all in a couple of weeks at Dungeness.