Last Tuesday morning a large group met at the National Trust Lodge car park for Cobham Woods. It was warm and sunny and we looked forward to seeing and hearing lots of spring birds. But it seemed to me to be eerily quiet – perhaps at least partly explained by the National Trust having mechanically cut a large area of woodland scrub and low vegetation only a few days earlier! Was this to be Rachel Carson’s “Silent Spring”? Well thank goodness for blackcaps! They seemed to be singing from just about every other tree and breeding must have been in full swing – and we even managed to see one or two of them as well! This species is doing well and is increasing its range northwards. It’s a short distance migrant, which probably helps, with most of our British population wintering in southern Spain and north Africa. 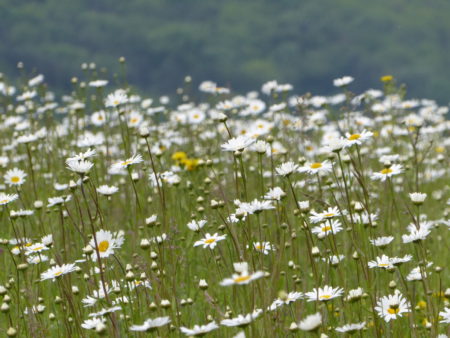 We stopped to enjoy the view southwards over Bush and Luddesdown – the grassland along the woodland edge was full of flowers and, of course, part of the area is now managed and owned by Plantlife. Skylarks were singing, a green woodpecker laughed at us, and a buzzard flew over. Climbing back up towards the Mausoleum was hard work but was made a little easier with the song of chiffchaff, goldcrest and yet more blackcaps. I was really hoping to find marsh tits. As I have reported before, Sally and I have been following a pair for several years now. A few weeks ago we thought we had more or less found where they nest. But it was not to be. They were elusive, yet again! How do they find the nests so easily on Springwatch? 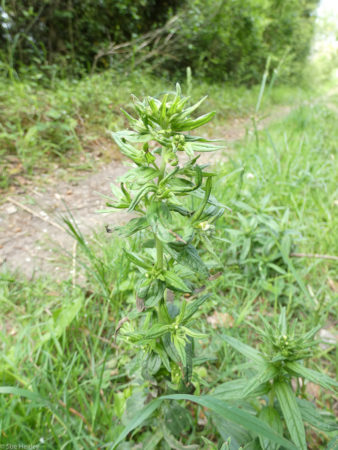 Common Gromwell seemed to keep many of the group happy for a while and a hornet was seen. But none of the photographers stepped up to catch the moment! Hornets always seem to be self occupied to me and I have never had a problem with them. 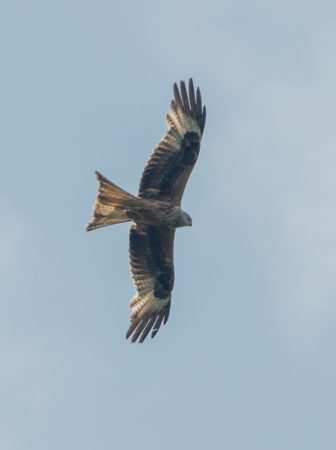 Our walk had started with a kestrel over our heads while we gathered in the car park. For a lucky few, it finished with a red kite as they were just about to get in their cars to leave. Those of us who had already left will just have to enjoy Steve’s photograph.

Thanks to Steve, Sue and Sally for the the photographs.